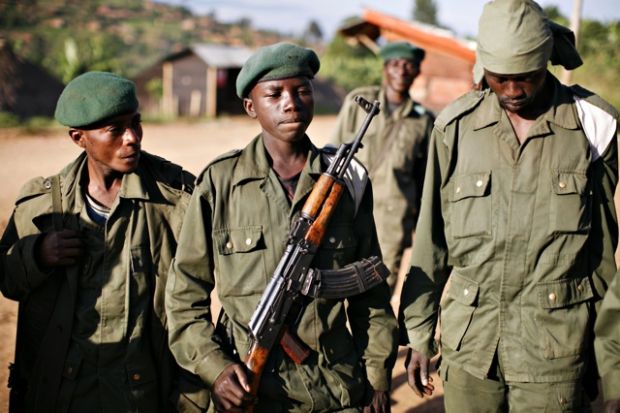 Dismas Kitengue, FIDH Vice-President and President of Groupe Lotus, stated, “The Appeals Chamber now has the opportunity to firmly enshrine a holistic approach to reparation, which goes beyond monetary compensation and takes an inclusive view on harm suffered by both direct and indirect victims of international crimes.”

Our organisations encourage a broad interpretation of reparation, as established by the Trial Chamber I, including victims' right to restitution, compensation, rehabilitation, and other forms of reparation, including campaigns to limit stigmatization of victims and educational programs, among others. Reparations should be allocated not only to direct victims of established crimes, but indirect victims as well, including family members, individuals who intervened to help the victims, and other people and institutions (e.g. NGOs and hospitals) who suffered damage as a result of the crimes. Our organisations support an approach to reparation that takes into account the complex dimensions of harm suffered by victims, including harm resulting from sexual violence.

“The Trust Fund for Victims should begin the implementation of the reparations process in the DRC as soon as possible following the judgment in order to effectively provide remedy to victims,” said Paul Nsapu, FIDH Secretary General and President of the Ligue des Electeurs. “We call upon States and private donors to strengthen their support for the TFV as it begins providing reparation,” he added.

The Trust Fund will need to cooperate with the DRC government and the international community present in the DRC to implement the reparations order.

“The government of the DRC must take this opportunity to launch a national policy on reparations. Reflection on the national level should complement any order for reparations from the International Criminal Court in order to ensure broad and equitable redress for crimes committed throughout the national territory,” said Jean-Claude Katende, ASADHO.

On 7 August 2012, Trial Chamber I of the ICC established, for the first time, the principles of reparation for victims of the crimes committed by Thomas Lubanga, who, on 14 March 2012, was found guilty of war crimes for enlisting, conscripting and using child soldiers. The decision regarding reparations was subsequently appealed.

The ICC is the first international criminal jurisdiction with a mandate that includes integral reparations for victims, in accordance with Article 75 of the ICC Statute.

The Trust Fund for Victims was created pursuant to Article 79 of the ICC Statute and established by the Assembly of States Parties in 2002. It is an independent institution with two mandates: implementing Court-ordered reparations awards and providing assistance to victims, in particular through their physical and psychological rehabilitation. Under its second mandate, the Trust Fund has already supported close to 80 000 victims, particularly in Uganda and the DRC. In implementing this decision, the Trust Fund will be fulfilling its mandate regarding reparations for the first time.