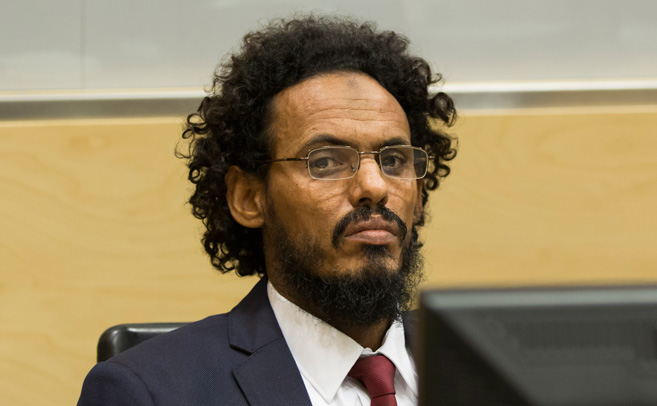 On 24 August 2016, the trial concluded in the case The Prosecutor v. Ahmad Al Faqi Al Mahdi before Trial Chamber VIII at the International Criminal Court (ICC) in The Hague, the Netherlands. The Chamber announced that the judgment and, if applicable, the sentence in that case will be rendered on 27 September 2016. The trial is held before Trial Chamber VIII, composed of Judge Raul C. Pangalangan, Presiding Judge, Judge Antoine Kesia-Mbe Mindua, and Judge Bertram Schmitt.

On 22 August 2016, at the opening of the trial, Mr Al Mahdi admitted guilt as to the war crime consisting in the destruction of historical and religious monuments in Timbuktu (Mali), between around 30 June 2012 and 11 July 2012. This is the first international trial focusing on the destruction of historical and religious monuments, and the first ICC case where the defendant made an admission of guilt. Subsequently, the Prosecution presented its evidence and called three witnesses. The Legal representative of the victims and the Defence presented their remarks before the Judges on 24 August 2016.

Background: On 24 March 2016, ICC Pre-Trial Chamber I confirmed against Ahmad Al Faqi Al Mahdi the war crime charge regarding the destruction of historical and religious monuments in Timbuktu (Mali), and committed Mr Al Mahdi to trial. He allegedly was a member of Ansar Eddine, a movement associated with Al Qaeda in the Islamic Maghreb ("AQIM"), working closely with the leaders of the two armed groups and in the context of the structures and institutions established by them. It is alleged that, until September 2012, he was the head of the "Hisbah" (a body set up to uphold virtue and prevent vice), set up in April 2012. He was also associated with the work of the Islamic Court of Timbuktu and involved in the execution of its decisions. The warrant of arrest against him was issued by ICC Pre-Trial Chamber I on 18 September 2015 and he was surrendered to the ICC on 26 September 2015.

*new published on the website https://www.icc-cpi.int/Pages/Home.aspx by the ICC.