On 13 December 2005, the Government of the Republic of Lebanon requested the United Nations to establish a tribunal of an international character to try all those who are alleged responsible for the attack of 14 February 2005 in Beirut resulting in the death of former Lebanese Prime Minister Rafiq Hariri and in the death or injury of other persons.

Pursuant to Security Council resolution 1664 (2006), the United Nations and the Lebanese Republic negotiated an agreement on the establishment of the Special Tribunal for Lebanon. Further to Security Council resolution 1757(2007) of 30 May 2007, the provisions of the document annexed to it and the Statute of the Special Tribunal thereto attached, entered into force on 10 June 2007.

The mandate of the Special Tribunal for Lebanon is to prosecute persons responsible for the attack of 14 February 2005 resulting in the death of former Prime Minister Rafiq Hariri and in the death or injury of other persons. The Tribunal’s jurisdiction could be extended beyond the 14 February 2005 bombing if the Tribunal finds that other attacks that occurred in Lebanon between 1 October 2004 and 12 December 2005 are connected in accordance with the principles of criminal justice and are of a nature and gravity similar to the attack of 14 February 2005. 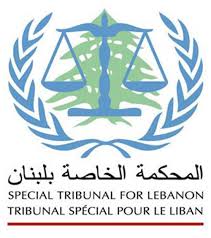 The training was conducted in two parts first in Beirut, and then in The Hague from 26 – 28 November. It included interactive sessions with more than 20 trial monitoring experts, as well as visits to the International Criminal Court and the International Criminal Tribunal for the former Yugoslavia in The Hague. The NGO representatives also spent one and a half days at the Special Tribunal for Lebanon where they met senior Tribunal officials. The training was financially supported by the Ministry of Foreign Affairs of the Kingdom of The Netherlands.

"As members of the civil society, we are keen to make sure that the judicial process is on the right path in order to bring fairness and justice to the victims and to protect the rights of the Accused. This training provided us with the tools to make sure that all these principles are upheld", said Marwan Abdallah from the Foundation for Human and Humanitarian rights.

George Ghali from ALEF stated: "this training is a great opportunity for us as representatives of the civil society to acquaint ourselves with international criminal proceedings now that trial has started before the STL."