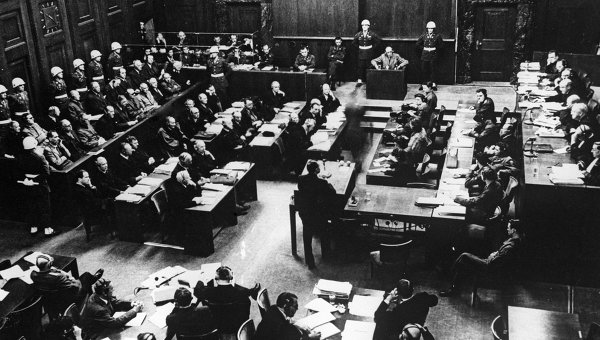 Background: The Thule society is synonymous with esotericism pillar of the NAZI party (National Socialist German), formed by the deadliest criminal leaders of the Third Reich.

Its headquarters is the WEWELSBURG Castle, located in Germany a "magic" point amidst mountain ranges and forests of fir trees. This castle has the triangular shape, way to channel the energy of the universe, according to the criterion of its founder, whose main objective was to vindicate the origins of the breed Aria "as a superior race", condemning according to them as inferior race the "Jewish".

Its maximum leader is Heinrich Himmler, the SS, whose personality was general an I accumulation of imbalances and complex, marked by a pronounced insecurity that he drew from his childhood, he shared with Adolf Hitler a fondness to the occult, his character was narcissistic, cold and Calculator, because he showed no remorse for his criminal acts, in short a madman in power .

The Thule society, formed rules, whose employer or principal axis was the figure of the medieval knight, conducting meetings occult and Pagan rites in order to dominate the world. For them Thule, buy a local weekly called "The observer of Munich", trying to improve their image and promote the circulation of National Socialist propaganda.

Nowadays in some cities and countries we can see replicas of this propagandistic procedure, to monopolize the press and camouflage infringements on fundamental rights etc, using methods of information such as that used in the Third Reich by the Minister of propaganda Joseph Goebbels German party.

Although this society, which take as a model the obscurantism of the middle ages era, seems surreal performed rites occultist, who defended the contrary to human values, noting in its ranks a hierarchy similar to the of an Abbey, but in the dark and negative sense (get the hour of the SORCERERS).

In the same way that the Roman chronicler Livio to Scipio Africanus, defined as beloved of the gods, this ideological propaganda, wanted to believe that national socialism "nazi" had a divine protection and it would last for a thousand years, calling, "The thousand year REICH", and nothing is further from reality, planting a time of darkness in Europe in the 20th century similar to the European middle ages, reflection of its symbol, (Thule society) a black Sun radiating destruction and chaos.

The twilight of the Nazi party Nuremberg:

In this short excerpt to give us a better idea of this "process", saying that Nuremberg is a German city, where developed a set of jurisdictional processes, carried out by the allies, to sanction the "Nazi regime", which took place between November 20, 1945 and October 1, 1946, and can say that it will form the basis of international jurisprudence , the basis from 1998, the International Criminal Court. Classifying these processes, crimes such as crimes against humanity, crimes against peace and war crimes.

Back to the main process where processed some leaders such as HERMAN GÖRING, RUDOLF HESS, ALBERT SPEER MARTIN BORMAN... etc, there were other processes, called trial of the doctors where they were processed, the accused for crimes against humanity and war crimes. At the same time there was another procedure, equal importance was named him trial of judges, where the defendants were lawyers and judges guilty of war crimes and crimes against humanity, without omitting, the judgments of the Ministers, against the leaders of the National Socialist state of "nazi".

Much discussed about the trials of Nuremberg, but we could define it a Subjetiva way but with a tinge of objective and clear, "as the fight of light against the dark (darkness), the twilight of evil in the fight against the well".

In general terms the core main Nuremberg processes were based on overview on seven principles:

Principle 1: Any person who commits an offence under international law is responsible for the same and subject to sanction.

Principle 4: When an individual, complies with an order from his superior, not excuse you from responsibility, if you had a moral choice.

Principle 5: Any person accused of a crime under international law has the right to a fair trial.

Principle 6: Crimes against crimes against peace, war and against humanity are punishable, as crimes in international criminal law.

Principle 7: the accomplices of the offences set forth in paragraph 6 are responsible under international criminal law.

The trajectory of the complex process, which we have just outlined, was not done easily, to understand it must be taken into account, the struggle of the forces allied against national socialism was continuous and constant, which resulted ultimately one of the most important trials of international character in the 20th century.